OSCAR PREDICTIONS: Welcome to our annual “Oscar Circuit” series – our deep dive look into each and every category that will be presented at the upcoming Academy Awards.  Each writer of AwardsCircuit.com will tackle a different category, offering up their own perspectives on those specific races. You can also see the official Oscar Predictions for that particular race by clicking on the link here or at the bottom of each article. Make sure to include your own predicted winners in the comment section too!

As we head towards the Oscar ceremony this weekend, many of the categories seem locked up. But both screenplays are still up in the air, with multiple nominees in contention to win. While it was a down year for screenplay adaptations in the awards race, the five nominees more than earned of their nominations. So let’s take a look at each storyteller and determine which one will walk away with Oscar gold.

And the Nominees Are:

“The Irishman” (Netflix)
Based on the Book: “I Heard You Paint Houses” by Charles Brandt Between the direction, the acting, and the visual effects, Martin Scorsese’s “The Irishman” praise has been extremely high. But the one thing we don’t talk enough about is the screenplay adapted by Oscar winner Steven Zaillian. Based on the novel “I Heard You Paint Houses,” Zaillian covers the life of hitman Frank Sheeran (Robert De Niro) and his connections to the Bufalino crime family and Jimmy Haffa. The screenplay for “The Irishman” is unlike any Scorsese gangster picture we’ve seen because it expertly examines Frank’s profession and the tole it can have on a person and their family. Plus, the last 45 minutes of “The Irishman” might be some of the realistic, heartbreaking material Scorsese has ever filmed.

Despite all the praise, “The Irishman” has fallen in this awards season. Starting so strong, many thought the Scorsese crime epic could sweep almost every gold statue in its way. Sadly, “The Irishman” is on track to play the runner up or worse in every category it’s in on Oscar night. 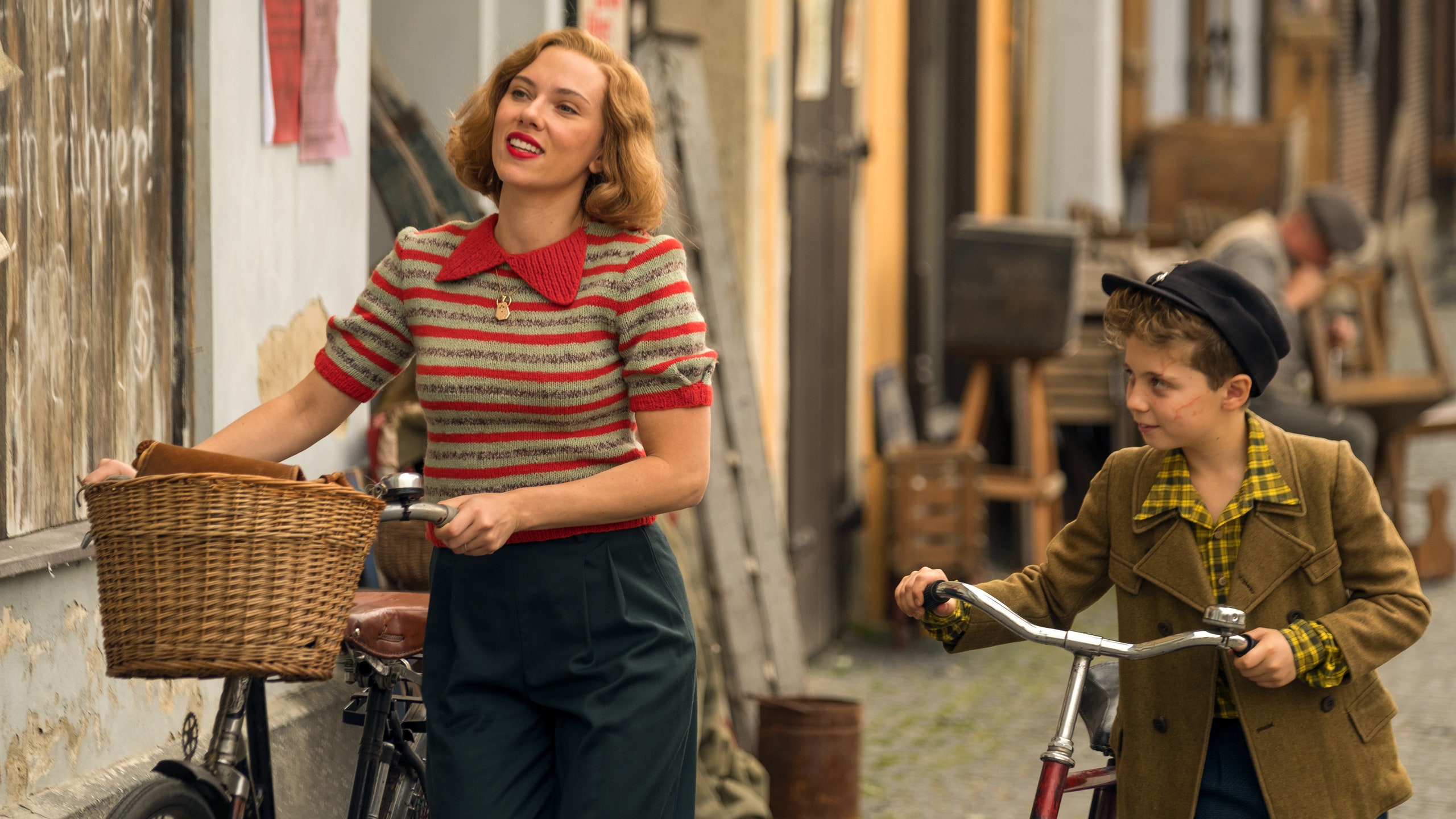 Satire isn’t easy to pull off, mainly when the humor revolves around a serious subject matter. Yet, in “Jojo Rabbit,” Taika Waititi strikes a perfect balance in a story about a Hitler youth discovering a Jewish girl living in the walls of his home during World War II. His adaptation is a complete re-write of the novel “Caging Skies,” which is entirely devoid of any comedic tone. With this, Waititi can give his zany style and elevate it beyond what is on the page. He turns the “Jojo Rabbit” screenplay into a cautionary piece about when our biases blind us from the real humanity of the world.

Many didn’t see this when they first saw it, with reactions splitting down the middle. But, the love for “Jojo Rabbit” has grown throughout the awards race. Thus, its WGA and BAFTA win from this past weekend don’t feel like a surprise. On the contrary, “Jojo Rabbit” accolades confirmed the passion behind it. Entering Oscar night, it seems to have the support and momentum to be the one to win.

“Joker” (Warner Bros.)
Based on the Characters Created By: Bill Finger, Bob Kane, and Jerry Robinson

With the most controversial film of the year, Todd Phillips and Scott Silver delivered the most puzzling entry of these nominations. Based on the iconic DC character, “Joker” is the newest origin story for Gotham’s notorious clown prince of crime. In this iteration, he is Arthur Fleck (Joaquin Phoenix), an unstable comedian who turns to violence when he’s thrown away by his society. Though set in the 1970s, “Jokers” ideas about mental health and wealth inequality correlate with our modern-day times. While the presentation of these themes is questionable and sloppy, they’re still necessary to tell. Therefore, the nomination didn’t come as a surprise on nomination morning, along with the ten other nominations. But a win in this category for “Joker” would be the shock of the night.

The last screenplay to enter the awards race might bring Greta Gerwig her first Oscar. In her follow-up to “Lady Bird”, Gerwig adapts Louisa May Alcott’s coming of age story about the March sisters. Though we’ve seen a slew of adaptations, Gerwig gives her spin by jumping back and forth between the girl’s adolescence and adulthood. By doing this, she examines how the actions of our youth mold the destiny of our futures. She’s able to elegantly blend bridge the similarities between these classic characters and our modern ideals. Gerwig also threads in a lot of Alcott’s personal, professional history into the screenplay, something we haven’t seen in many versions of this material.

While “Little Woman” did come into the field late, its come on strong lately and won over many people with its charm and sharp storytelling. It surprisingly picked up the Critics Choice Award and the USC Scripter Award, showing Gerwig as a serious contender. Add in her missing out on a Best Director nomination and walking away empty-handed for “Lady Bird,” you can see the path for her Oscar win. If she can get past Waititi’s momentum, she will become the first female to win a screenplay prize in the 2010s.

“The Two Popes” (Netflix)
Based On the Play: “The Pope” by Anthony McCarten

Nominees: Anthony McCarten
Oscar Scene: When the two popes share a pizza in the Vatican.

Anthony McCarten has written many screenplays about trouble historical figures who shaped our modern world. In “The Two Popes,” he adapts his play and creates some fascinating cinematic conversations. It follows Pope Benedict (Anthony Hopkins) and Pope Francis (Jonathan Pryce), two rivals who must find common ground for the sake of the Catholic Church. Beyond the modern struggles, McCarten explores the complicated past of Frances, and his hesitation to be the new pope. The text is filled with crackling dialogue, ranking up there as some of the best in his career. When the film debuted in the fall, McCarten received many film festival accolades, but his momentum has died since then. Being the only screenplay nominated from a non-Best Picture contender, don’t put stock in him winning his first Oscar this year.

Will Win: “Jojo Rabbit”
Could Win/Should Win: “Little Women”
Should Have Been Nominated: “Transit” or “Hustlers”

WHO DO YOU THINK WILL WIN BEST ADAPTED SCREENPLAY? SHARE YOUR PREDICTIONS IN THE COMMENTS BELOW.