Early Saturday afternoon, critics at the Telluride Film Festival viewed the world premiere of “The Two Popes,” and the film has been met with overwhelming praise for the leads and its screenplay.

“The Two Popes” is a fictionalized account of conversations between Pope Benedict and Pope Francis that took place in 2013. Here is the plot synopsis via Imdb:

Behind Vatican walls, the traditionalist Pope Benedict and the reformist future Pope Francis must find common ground to forge a new path for the Catholic Church.

The films stars Academy Award winner Anthony Hopkins as Pope Benedict and Golden Globe nominee Jonathan Pryce as Pope Francis. Academy Award nominee Fernando Meirelles (“City of God) directs and Academy Award nominee Anthony McCarten (“The Theory of Everything” and “Darkest Hour”)wrote the script. “The Two Popes” has been positioned as a showcase for Hopkins and Pryce and, based on the initial reactions, this looks to be another strong awards player for Netflix. 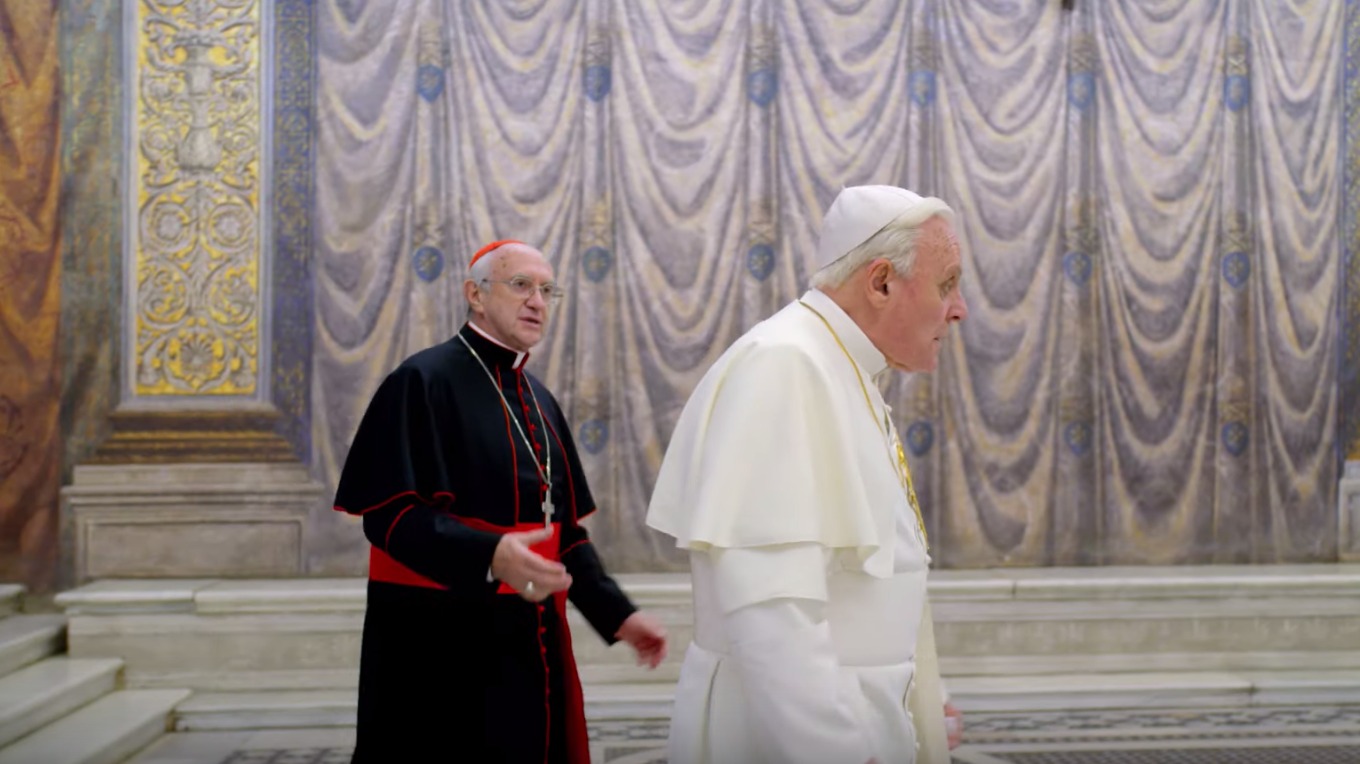 Our own Clayton Davis and Mark Johnson were at the premiere. Here is what they had to say about what might be “the best script of the year” that is “sharp as a knife”:

Best script of the year from Anthony McCarten. Best performance of the year from Jonathan Pryce. Very well could be my favorite film of the year. 'The Two Popes' is astonishing and a masterclass of acting and filmmaking. #TellurideFilmFestival #Oscars pic.twitter.com/sxDWkIdTOd

“The Two Popes” is a religious experience not to be missed. Led by exhilarating performances by heavyweight actors Jonathan Pryce and Anthony Hopkins, the true star of the film is Anthony McCarten’s brilliant screenplay. Heartfelt, hilarious, and sharp as a knife. #tff46

Sasha Stone thought the film was “fantastic” and highlighted Pryce:

Two Popes is fantastic. Nothing like watching two pros illustrate what the craft of acting is all about. Hopkins and Jonathan Pryce, the latter is looking at first ever Oscar nom.

Overall #TheTwoPopes is funny heartfelt and even emotional, the two performances work well together and the script is one of McCarten’s cleverest. If you’re looking for profound debate between the Church’s two warring factions, you won’t find it #TellurideFilmFestival

THE TWO POPES: Loved it. Hopkins and Pryce give wonderful, human performances as Old Pope and New Pope. Humorous, endearing, with a clear POV about the Catholic Church but no interest in bashing anyone. I found it all strangely moving. #TellurideFilmFestival

“The Two Popes” will screen again at the Toronto International Film Festival. It will be distributed by Netflix and released in theaters on November 27 and for streaming on December 20.

What do you think of the positive reactions for “The Two Popes?” Let us know in the comments below.

Armando Iannucci Working on Comedy ‘Sumo’ With ‘The Death of Stalin’...