During these unprecedented times, we can all use a good comedy to bring a smile to our faces. Throughout the last decade, Hollywood gave audiences plenty of theatrical experiences to make them cry with laughter. The successful ones led to countless re-watches with dozens of quotable lines from larger than life characters. The genre’s best entries also brought exciting new voices to the cinema as well as prestige directors at the top of the game. While it wasn’t easy narrowing down this list, here are what we think the top ten comedies of the 2010s are. 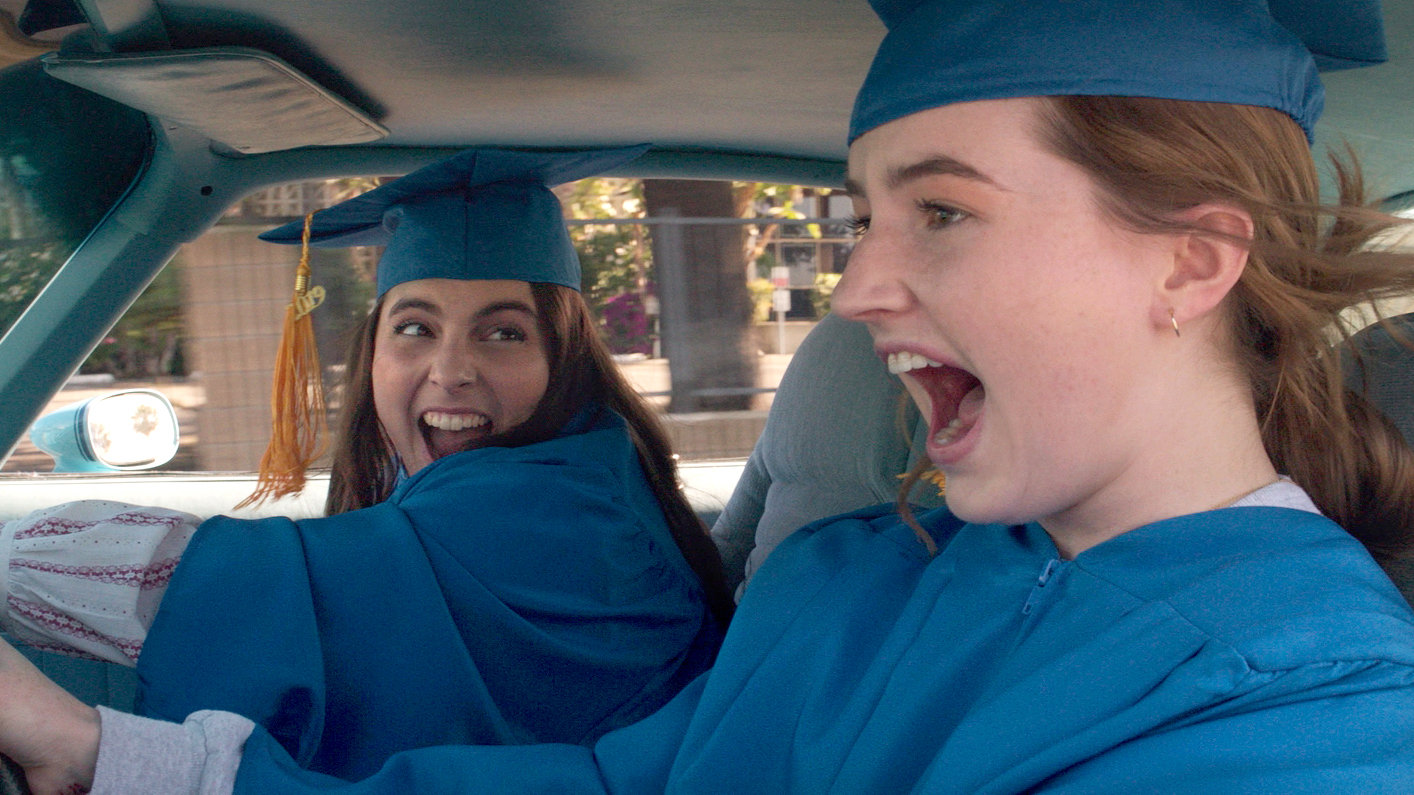 The high school comedy is prominent throughout film history. From “Fast Times at Ridgemont High” to “Superbad,” each project speaks to the generations they’re made for. So with Olivia Wilde’s 2019 directorial debut, “Booksmart” is the high school comedy for the millennial generation. It follows two academic overachievers who decided to go out and party with the cool kids on their last night of high school. Continuing the tropes of previous entries dominated by male-orientated stories, everything feels fresh and hilarious due to Wilde’s direction and Beanie Feldstein, Katlyn Deaver, Billie Lourd’s performances. Our own Karen M. Peterson summed up perfectly why “Booksmart” deserves to be on this list, stating it’s “Smart, funny, and perfect to watch with your best friends.”

Shane Black is known for creating some of the best buddy cop movies. “Lethal Weapon” and “Kiss Kiss Bang Bang” rank as classics of the subgenre, so it’s no surprise his 2016 project “The Nice Guys” continues Black’s comedic success. Following two private eyes investigating a linked kidnapping and murder, the script is a tightly written comedic throwback to movies made long ago. Russell Crowe and Ryan Gosling play a strangely compelling pair of partners, with Gosling’s sound effects and physical comedy carrying most of the laughs. Though it wasn’t a box office success, “The Nice Guys” has built a cult following, and another installment with these two crazy characters would be welcomed with open arms.

With one of the biggest surprises of the entire decade, directors Phil Lord, Chris Miller became stars overnight. Based on the beloved crime drama of the late 1980s, not many audiences thought a rebooted, funny version of “21 Jump Street” would be any good. But with Lord and Miller’s slapstick script and the wonderful chemistry between leads Channing Tatum and Jonah Hill, it exceeded all expectations. Between the role reversals of Hill playing the popular kid to Tatum’s nerd, to memorable supporting turns from Ice Cube and Brie Larson, Lord and Miller turned a bad idea into a stroke of genius. While they did go on to make “The Lego Movie” and “22 Jump Street,” their last ten years are indebted to this hysterical ramp.

“This Is the End”
dir. Evan Goldberg, Seth Rogen 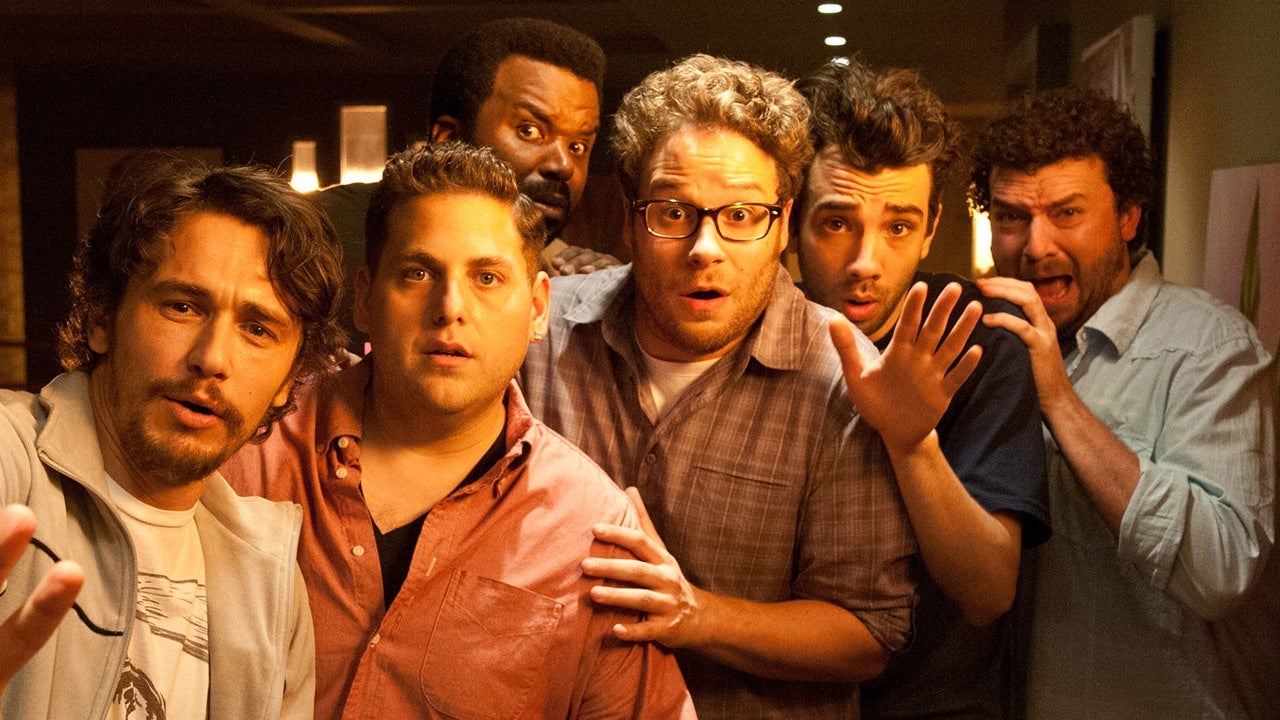 Throughout the decade, filmmakers Evan Goldberg and Seth Rogen, along with their producing partner Judd Apatow, created some of the most successful comedies of all time. The best selection out of their bro-centric catalog is the star-studded event “This Is the End.” When a lavishing house party turns into the rapture, Rogen, Jay Baruchel, James Franco, Jonah Hill, Craig Robinson, and Danny McBride must come together to survive the end of the world. With each actor playing a heightened version of themselves, the meta jokes fly fast, making this truly feel more like a documentary than a piece of fiction. With wonderful cameos from Michael Cera and Emma Watson, this is the cinematic crown jewel from Rogen and company.

By now, most audiences know the whimsical style of Wes Anderson’s films. Built around eccentric characters, quick dialogue, and pure charm, Anderson’s made some of the most consistent work of any modern director. This all came together beautifully with “The Grand Budapest Hotel,” his most accessible project to date. We explore the life of Zorro Mustafa, a lobby boy working and living under the care of M. Gustave, the hotel’s scrupulous concierge. When one of the guests leaves Gustave a priceless item in her will, he is framed for her murder, leaving Zorro to clear his name. Led by a wonderful lead performance from Ralph Fiennes and a collection of Anderson’s regulars, “The Grand Budapest Hotel” has plenty of zany comedy to make you cry with laughter. 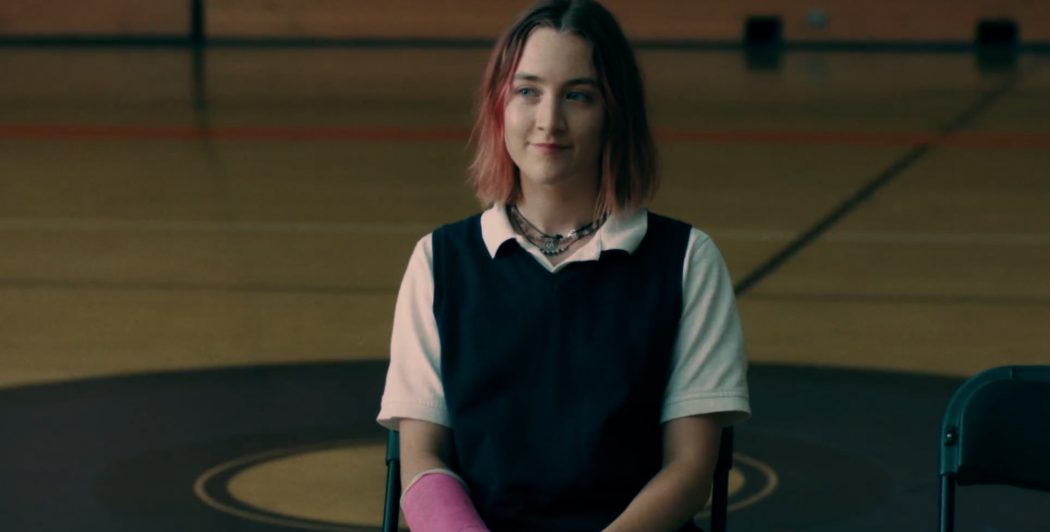 Established indie actress Greta Gerwig took the world by storm when “Lady Bird” was released in 2017. As a semiautobiographical account of Gerwig’s life in Sacramento, we follow Lady Bird’s wild senior year of high school. From multiple boyfriends to fun moments with her best friend Molly, our heroine runs the gambit of coming of age events throughout her story. But what makes “Lady Bird” so humorous and unique is the brutally candid conversations between the story’s mother-daughter relationship. Every jab about aspects of who they are and what they will become are hysterical yet blunt. If you’ve had arguments with your parents, you’ll relate to Saoirse Ronan and Laurie Metcalf’s performances. Therefore, “Lady Bird” proves there is a lot of truth behind every joke.

“What We Do in the Shadows”
dir. Jemaine Clement, Taika Waititi With countless stories about vampires throughout the Millenium, it’s no secret someone would make a spoof about the blood-sucking monsters. Alas in 2014, collaborators Jemaine Clement and Taika Waititi created “What We Do in the Shadows,” a tale following three vampires struggling to adapt in the modern world. From normal household chores to run-ins with werewolves, you can’t stop laughing at the humor’s simplicity. We also see the difficulties of their feeding habits with ridiculously over the top sequences of gore. As we learn more about these characters, the more we start to fall in love with them. In the end, Clement and Waititi reinvented what you could do with vampires. “What We Do in the Shadows” was such a fun experience for the directors, they’ve turned it into a television series on FX. 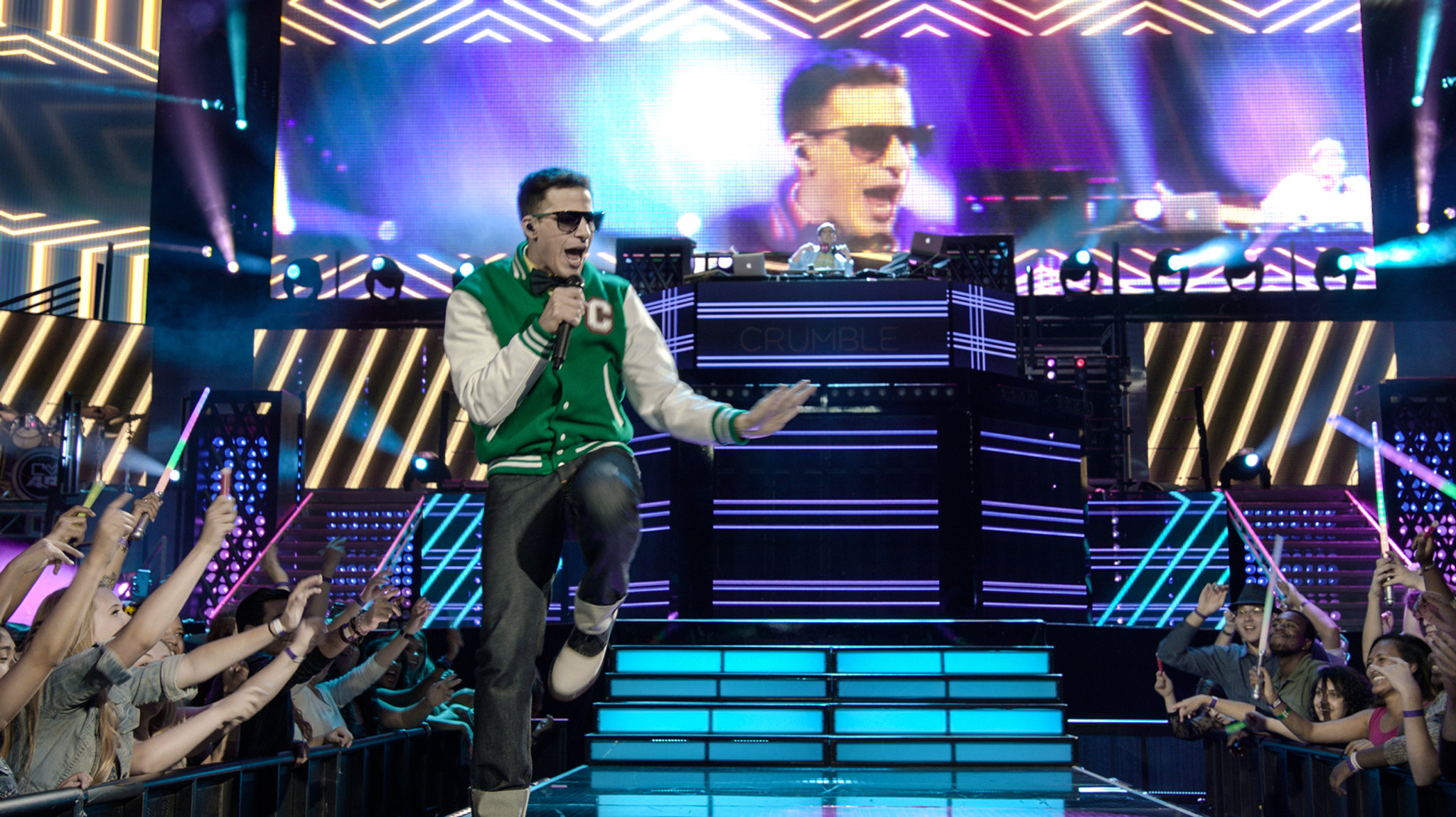 Comedy trio The Lonely Island became stars for their hilarious videos spoofing beloved music genres of the past and present. So with “Popstar: Never Stop Never Stopping,” the boys took their lampooning to the next level with a timely examination of the modern-day artist. Drawing inspiration from stars Justin Bieber and Macklemore, Andy Samberg, Akiva Schaffer, Jorma Taccone created Conner4Real, a pop singer whose career is struggling amidst leaving his singing group to go solo. “Popstar” thrives in the oblivious nature of Conner, who thinks he is god’s gift to music; thus, he’s perfection. It’s an ingenious commentary on today’s culture mixed with some of the raunchiest songs ever put to screen. Overall, The Lonely Island made a statement with one of the funniest satires of any decade. 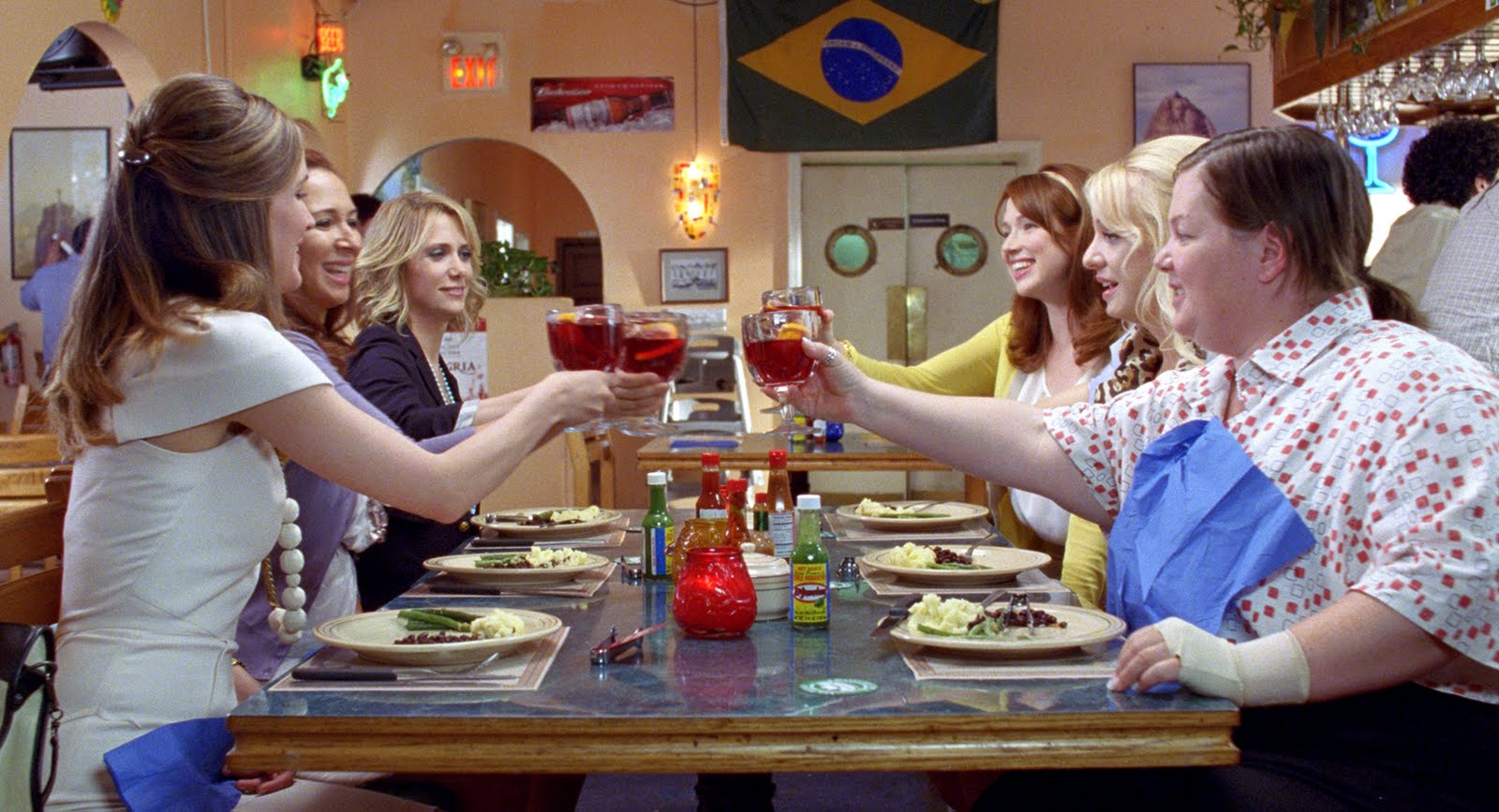 While we’ve talked about many directors who broke big in comedy over the decade, they can’t compare to Paul Feig. With “The Heat,” “Spy,” 2016s “Ghostbusters,” and “A Simple Favor,” the filmmaker was able to craft one box office and critical success after another. But none of those titles came close to the acclaim “Bridesmaids” gave him in 2011. Working off a script from Annie Mumolo and Kristen Wiig, we follow Wiig’s Annie, an out of work baker who becomes the maid of honor for her best friend’s wedding. Balancing the right mixture of raunchy and sweet humor, “Bridesmaids” is a perfect vehicle to showcase the power of female comedians. Oscar-nominated for Best Original Screenplay and Best Supporting Actress for Melissa McCarthy’s star turning performance, “Bridesmaids” is an all-timer we need to see more often.

Leave it to the greatest living director to make the funniest film of the past decade. Director Martin Scorsese’s “The Wolf of Wall Street” is a darkly comic tale of how greed can corrupt us all. Leonardo DiCaprio chronicles the life of Jordan Belfort, a New York stock-broker who lives on drugs, sex, and making money. As corrupt as they come, Belfort makes a living off of selling lies to anyone who will buy them. While it doesn’t sound too cheerful, it’s intentional because the comedy sits in between the dark realization of the world’s wealth disparity. Its outlandish displaces of power gone wrong will make you laugh and mystified at what you are watching. “The Wolf of Wall Street” is a manic cautionary tale rather than one of glorification.

Beyond its message, DiCaprio gives arguably the best performances of his career. With his confident delivery of the dialogue mixed with his physical comedy, he gives it his all and then some. The scene where the quaaludes kick and DiCaprio struggles to get into his car is an all-timer. It’s a thing of beauty to watch him and Scorsese milk the moment for every laugh they can get. In addition to Dicaprio, Jonah Hill does the best work of his career, we get the exciting breakthrough role for Margot Robbie, and Matthew McConaughey steals every scene he is in. Moreover, “The Wolf of Wall Street” isn’t just the best comedy of the 2010s, it’s one of the best films of the decade.

What are your favorite comedies of the 2010s? Let us know in the comments below!