As we say goodbye to 2019 and the 2010s, a new decade of cinematic history begins. From big-budget musicals to superhero adventures to directors passion projects, 2020 looks to offer a wide variety of reasons to head to the theaters. This list was tough to put together, considering the number of titles to choose from.

Left off the list were new pictures from Ridley Scott, Sofia Coppola, Joel Coen, Charlie Kaufman, Mike Mills, Jonathan Glazer, Chloe Zhao, and Taika Waititi. But the most prominent omission below was Paul Thomas Anderson, whose upcoming California flick doesn’t even have a cast yet, placing it in a TBD status. But in the end, these ten choices should get your anticipation levels high for 2020 and the brand new decade ahead.

In 2015, Lin Manuel- Miranda delivered his ground-breaking musical, “Hamilton.” But before he wrote about our founding fathers, he made a lively tale about a small neighborhood in New York City called “In the Heights.” This Broadway adaptation follows a charismatic bodega owner (Anthony Ramos) as he’s closing his shop and retiring due to receiving a large inheritance from his grandmother. While he is excited about his new life, he is apprehensive about making the big move and leaving behind everyone. Chronicling a three-day journey, we will get to the chance to meet tons of memorable characters theater audiences already know and love. With Miranda producing, and director Jon M. Chu (Crazy Rich Asians) behind the camera, “Into the Heights” has the potential to become one of the best musicals of this century.

Returning for the first time since winning the Best Director Oscar for “The Shape of Water,” Guillermo del Toro gives us a noir-drama full of thrilling deception. Based on the 1947 film of the same name, “Nightmare Alley” follows a con man (Bradley Cooper) and psychiatrist (Toni Collette) team up to trick people so they can steal their money. Cate Blanchett, Willem Dafoe, Rooney Mara, and David Strathairn rounds out the best cast del Toro has ever assembled. Notorious for starting projects but never finishing them, “Nightmare Alley” does have everything lined up to begin shooting very soon. Looking to be as stylish as ever, del Toro will stay in the classic Hollywood era like his previous film, giving us a fresh take on the Edmund Goulding 1947 picture.

Coming off the heaves of “Mudbound,” Dee Rees aims to give another personal story about the conflict within a family. “The Last Thing He Wanted” centers around Elena (Anne Hathaway), who leaves her coverage of a Presidential election to take care of her dying father (Willem Dafoe). As she is taking care of him, she assumes his old job as an arms dealer for the U.S government. While finding her place within the business, Elena must protect herself and her father from all lingering threats.

Billed as a political thriller, look for Rees to perfectly blend all emotions as she equality did with “Mudbound.” We won’t have to wait long to hear if “The Last Thing He Wanted” is any good, with its premiere at the Sundance Film Festival in a couple of weeks. But even before then, Netflix has already acquired the film’s right and will stream it later this year.

With “Chi-Raq” and “BlacKkKlansman,” Spike Lee was able to recapture the magic of his youth and provide stimulating conversations lasting long after the credits rolled. With “Da 5 Bloods,” Lee is ready to deliver a war-epic only he could tell. The story follows a group of former Vietnam soldiers who go back to search for the remains of their deceased leader as well as buried treasure. Beyond these reasons, the men are going back to rediscover the innocence they lost during the war. Though their roles aren’t clear, Chadwick Boseman, Jonathan Majors, and Paul Walter Hoser round out a robust collection of talent. With Netflix financing the project, Lee should have complete, creative control to make this joint into whatever he wants.

There is nothing more joyful than knowing there will be a new tale from director Wes Anderson. His tenth feature is a comedy-drama centered around an American newspaper located in the heart of a fictional town in France. The story will focus on three different stories, all coming together in the end. Anderson has stated, “The French Dispatch” is his love letter to journalists around the world. Timothée Chalamet, Jeffrey Wright, Saoirse Ronan, Benicio del Toro, Bill Murray, Frances McDormand, Christoph Waltz, Kate Winslet and many more round out the most impressive ensemble he’s ever assembled. Coming off a stellar decade, Anderson looks to bring everything from his previous projects together to deliver moviegoers another pleasing experience.

One of the best qualities of a great director is when they step out of their comfort zone. Such is the case for director Edgar Wright, who dabs typically in action comedies throughout his career. With “Last Night in Soho,” he steps into more sinister territory with a psychological horror mystery spanning two decades. Shot primarily in London, not much has come out about the project besides the image above. With the casting of Thomasin McKenzie (“Jojo Rabbit,” “Leave No Trace”), it marks the first time Wright has written a female lead. “Last Night in Soho” looks to be the boldest leap forward in Wright’s career. It should be interesting to see what he has up his selves when it arrives in late-September.

Just a couple of years ago, you would’ve never believed DC and Warner Brothers would have the most anticipated superhero movie of the year. But after the success of current releases, the once criticized studio has been on a roll as of late. Picking up years after the events of the first installment, “Wonder Woman 1984” finds Diana (Gal Gadot) squaring off against two classic DC villains in Maxwell Lord (Pedro Pascal) and Cheetah (Kristen Wiig).

While she’s saving the world, she does rekindle her romance with her lost love Steven Trevor (Chris Pine). There’ve been no details about his return, so you will have to see the sequel to find out. Based on the first trailer, “Wonder Woman 1984” looks to be an impressive popcorn flick, expanding the world director Patty Jenkins built within the original.

No one might have had as good of a decade as Denis Villeneuve. With six titles, including “Prisoners,” “Arrival,” “Sicario,” and “Blade Runner 2049,” he established himself as one of the best directors working today. So with his newest outing, he returns with a big-budget version of Frank Herbert’s sci-fi classic “Dune.” Functioning as part one of a two-part adaptation, “Dune” tells the story of a young leader (Timothée Chalamet) who must protect the most vital assets of the galaxy. Shot across multiple countries, Villeneuve sets out to make a space epic for a new generation. Hoping to have more success than the 1984 version, look for “Dune” when it releases in December 2020.

It feels like it has been ages since David Fincher released “Gone Girl” in 2014. The meticulous director has mostly worked in television during his absence from the big screen. But it’s not stopping him from coming back with the most personal project to date. Based on the script written by his late father Jack Fincher, “Mank” details the battles screenwriter Herman J. Mankiewicz (Gary Oldman) had with director Orson Welles (Tom Burke) on the making of “Citizen Kane.”

Frequent collaborators Trent Reznor, Atticus Ross, and Kirk Baxter return to aid Fincher behind the camera. The last time Fincher tackled a bio-pic with this team, he gave us a career-defining achievement in “The Social Network.” Look for this to be the next Oscar player for Netflix later this year. 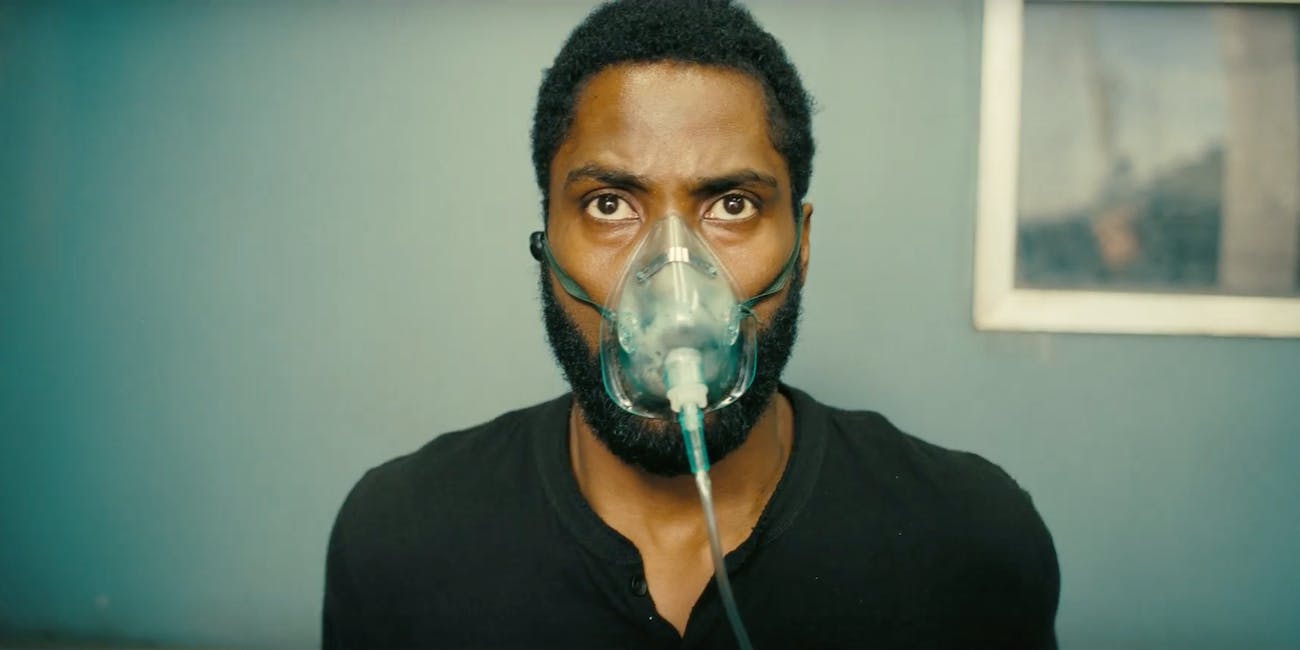 There was no other movie you could put at number one on this list. When Christopher Nolan delivers something new, it automatically shoots up to the most anticipated film of any year. Following the success of “Dunkirk,” Nolan steps into the world of international espionage with a mind-bending twist. The first trailer was released a couple of weeks ago, with minimal clues as to what “Tenet” is about. Nolan does look to playing with time again, something prominent within a lot of his previous materials.

Leading this mission is John David Washington, with Robert Pattinson, Elizabeth Debicki, Michael Caine, and Kenneth Branagh rounding out the cast. Nolan is working with almost an entirely new crew. This challenge could bring him the ultimate reward in giving audiences something they’ve never seen from him before. “Tenet” has the potential to be like “Inception,” a thrilling spectacle setting the standard for the next ten years.

What are your most anticipated films of 2020? Let us know in the comments below!